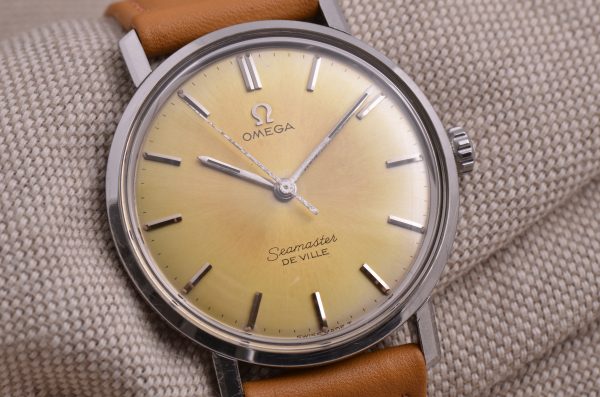 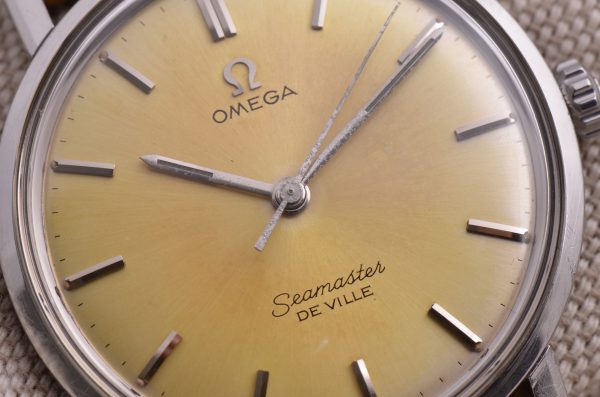 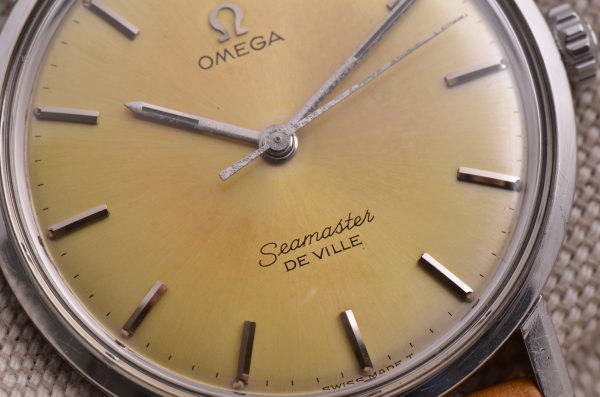 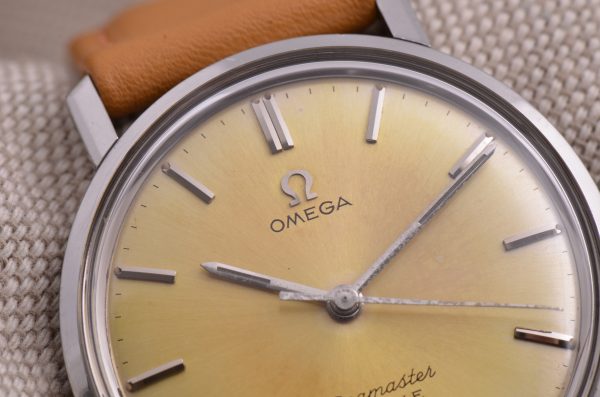 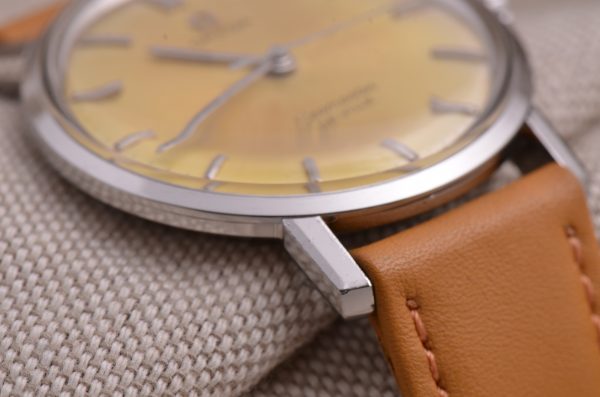 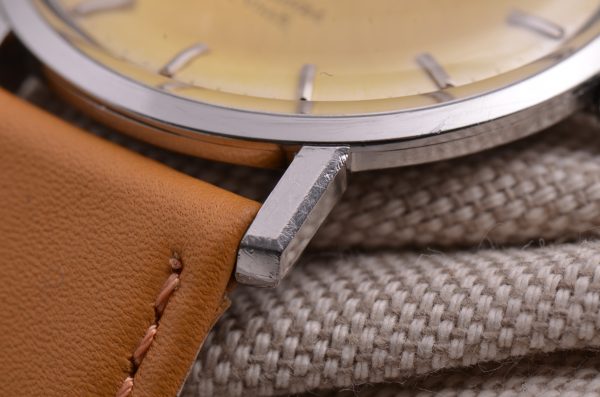 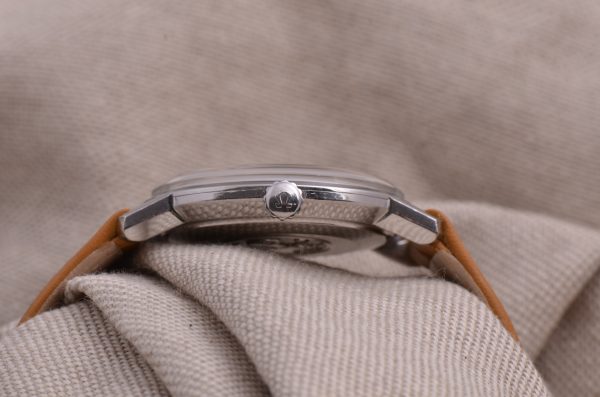 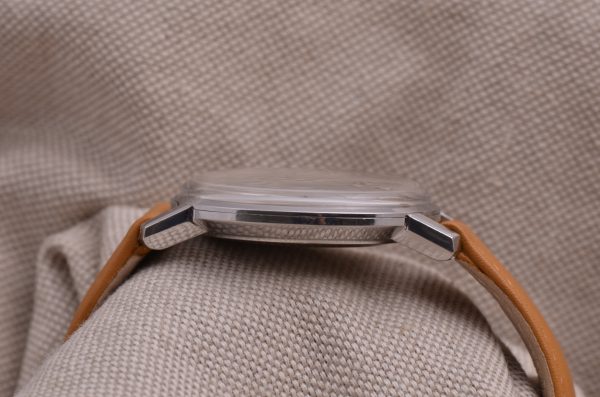 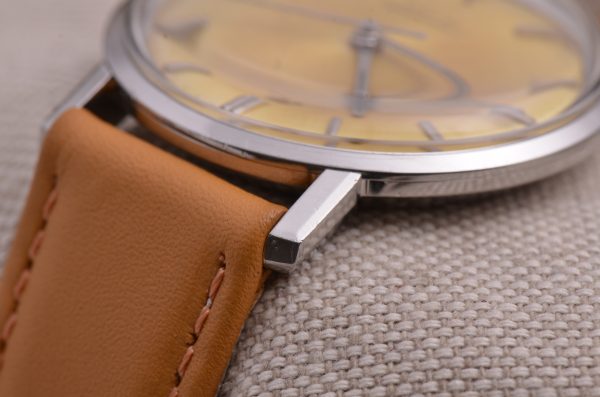 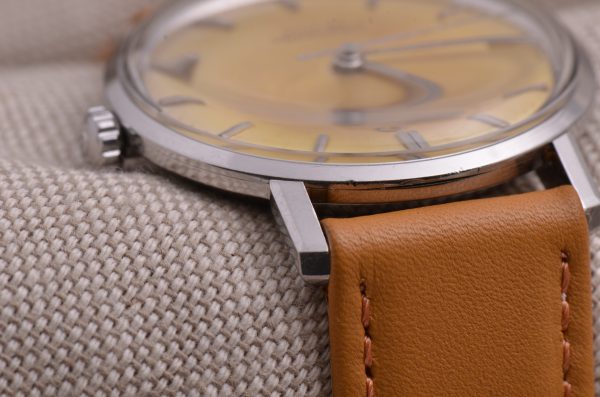 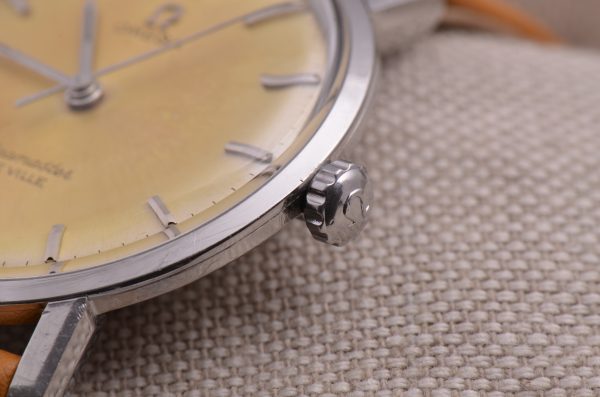 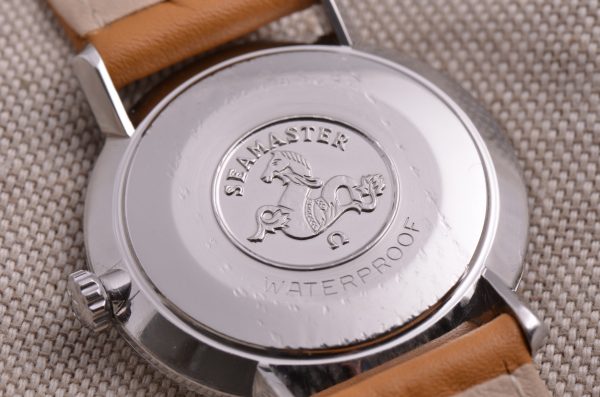 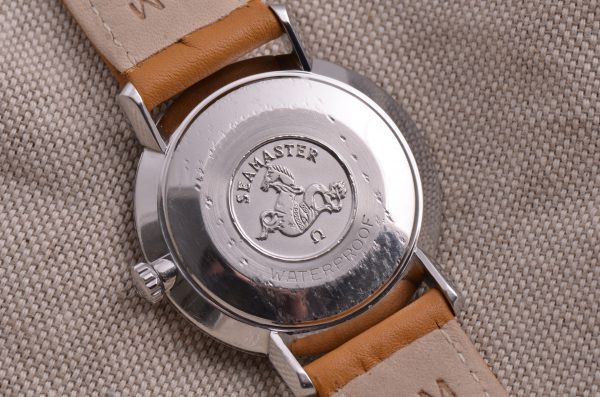 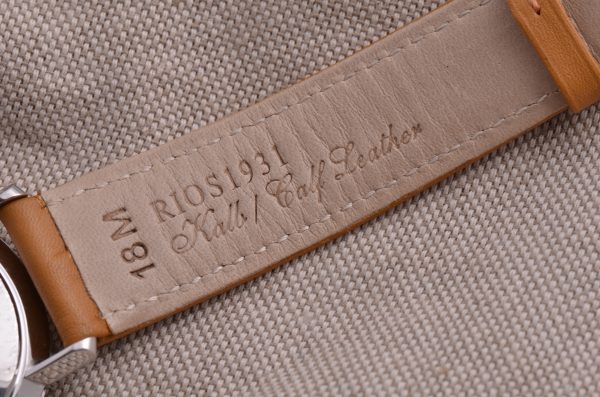 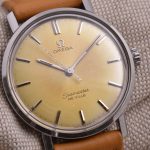 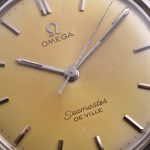 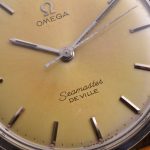 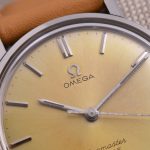 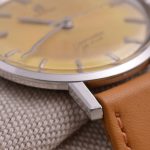 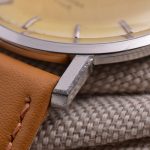 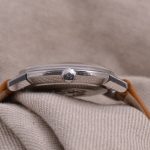 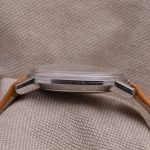 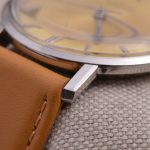 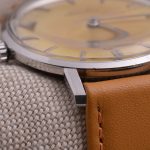 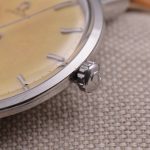 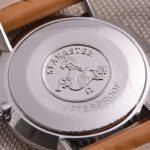 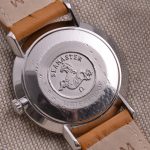 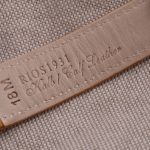 This Omega is a rare beauty. The Seamaster De Ville model was made by Omega between 1960-1967, often with a silver sunburst dial. However, due to the influence of time and other factors, this dial turned into a bright yellow color, making this a rare color variation. This give this otherwise very subtle dresswatch a more different look. The Seamaster De Ville was a model developed by Omega as a combination of the dressier “De Ville” collection and the water resistant “Seamaster” collection. The case in monobloque, which means there is no caseback, where water could enter the watch. Instead, the movement goes in from the from of the case and the case is closed with a acrylic crystal to create a water resistant seal.

The watch is in very good condition and fully original. The case is unpolished and therefore shows some signs of wear like little scratches. The caseback shows some signs of a previous strap. The crystal is a replacement without Omega logo. The crown is original. The dial is in very good condition. The hands are original an shows soms signs of age. The movement is in good condition and runs accurate within 20-30 seconds a day. The movement has been fully serviced and the watch comes with a 1 year warranty.