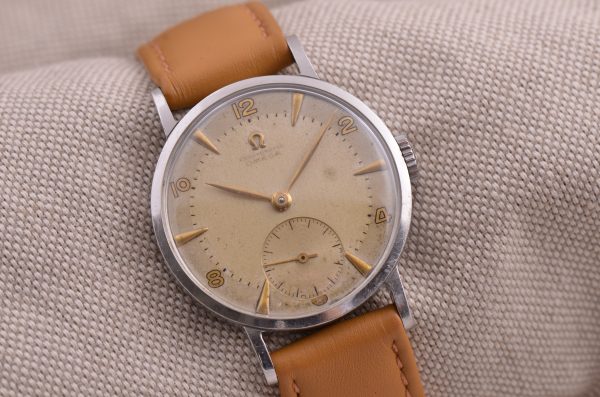 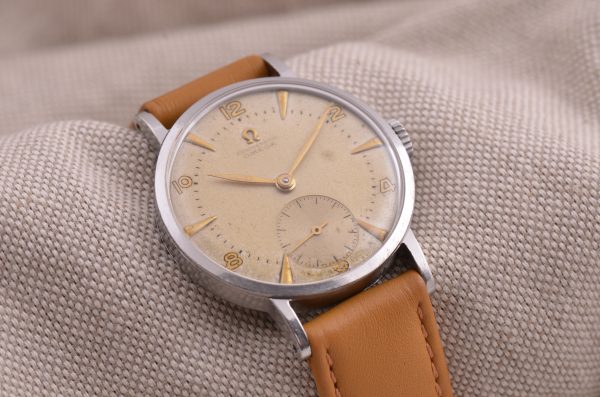 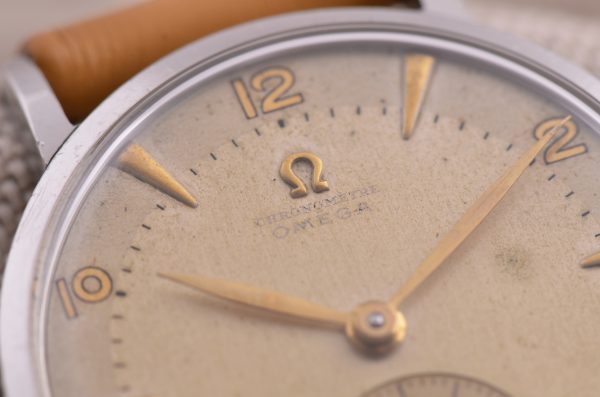 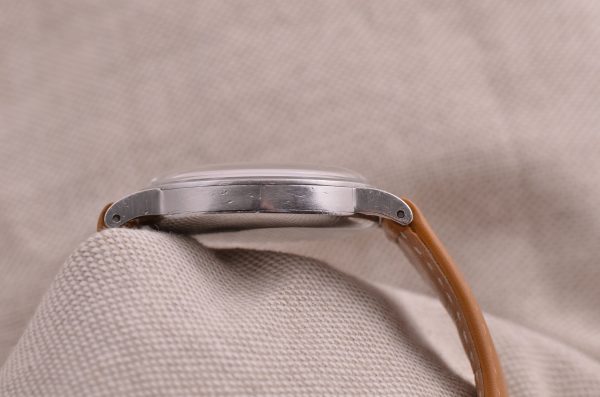 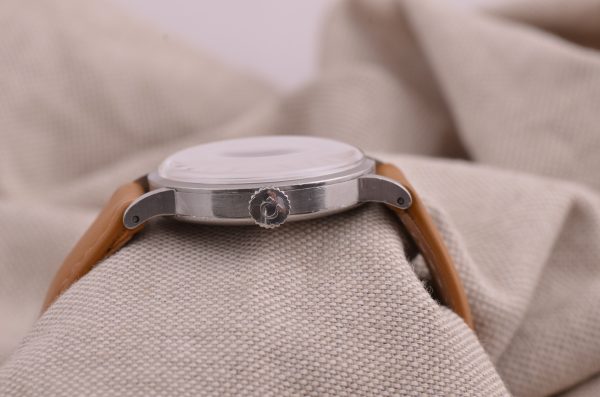 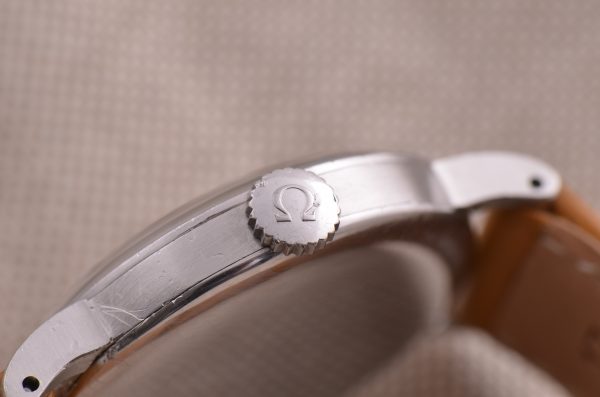 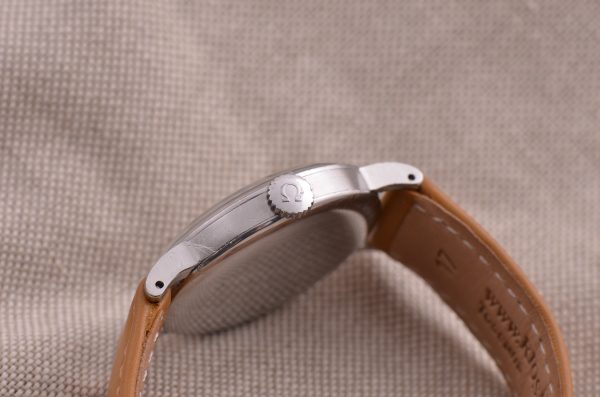 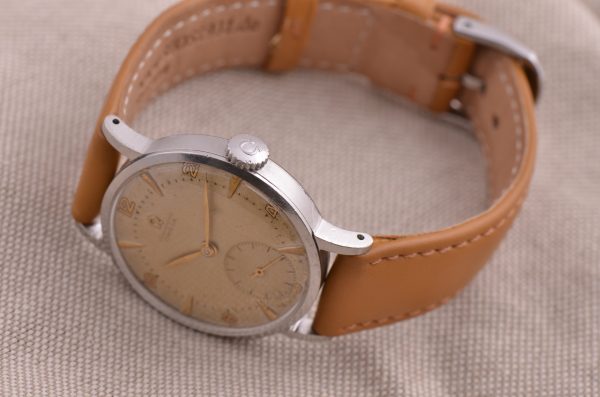 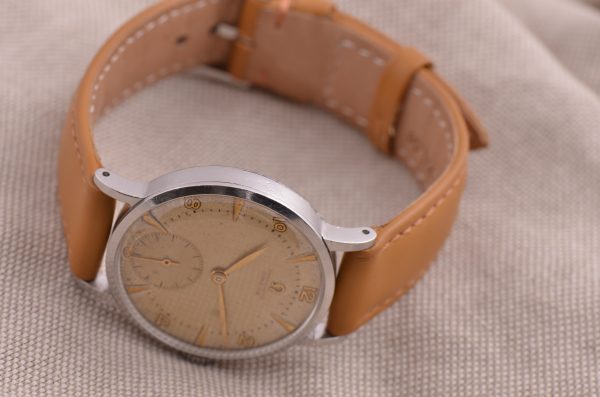 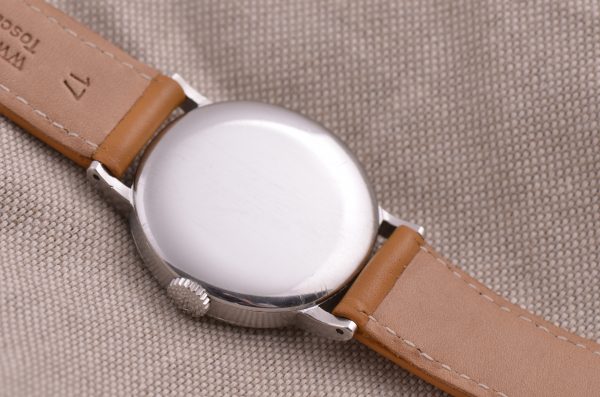 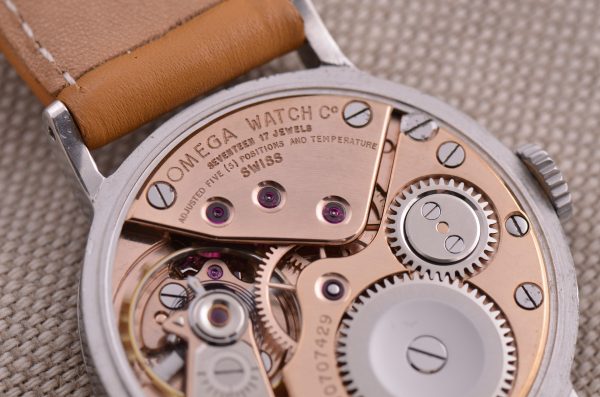 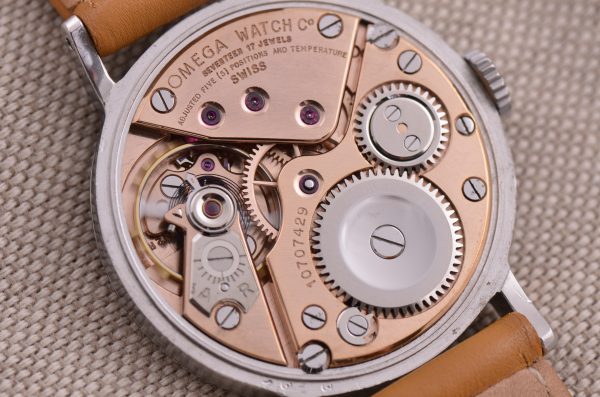 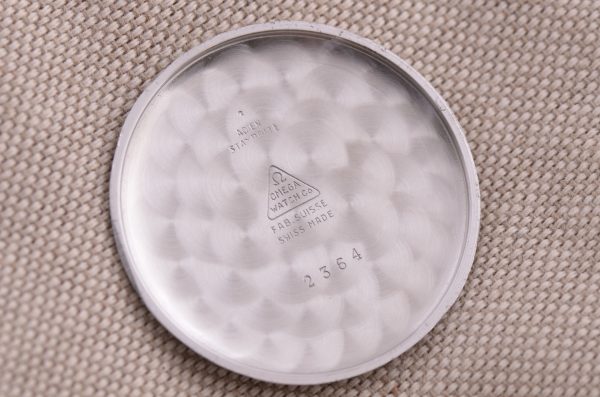 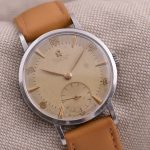 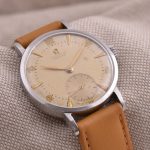 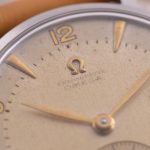 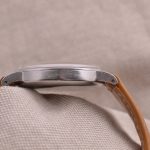 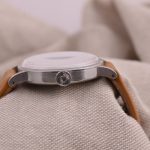 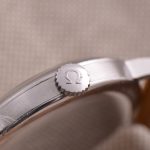 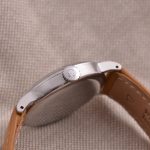 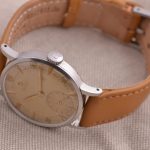 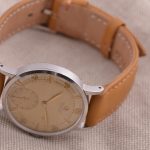 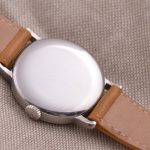 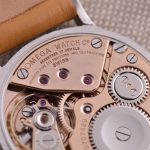 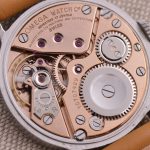 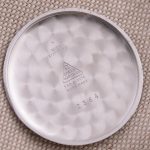 The Omega chronometer was one of the first chronometer wristwatches to be presented to the market in 1940. The size of the 30T2RG movement was just small enough to compete as a wristwatch caliber in chronometer competitions, rather then a pocket watch movement. To some collectors, this is one of the finest chronometer movement even manufactured. What makes this watch desirable is the fully original condition. Many watches have bene redialed, this one shows some signs of age but is at least original, making it a rare specimen. The watch makes a great addition to the collection of every Omega connoisseur.

Some background information on Omega