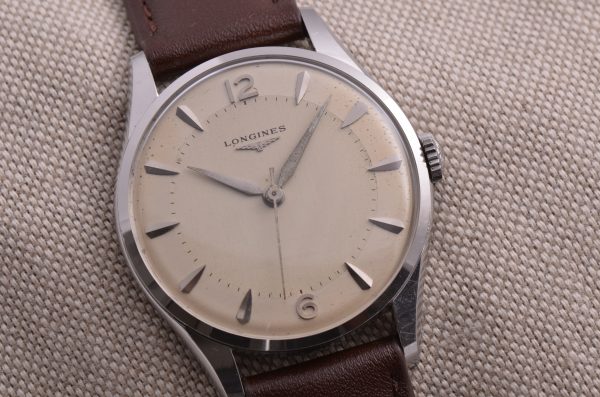 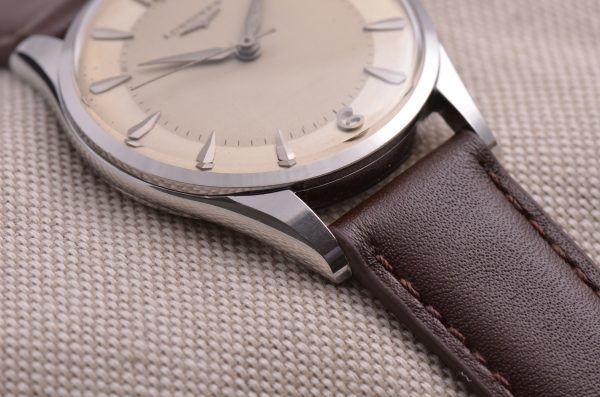 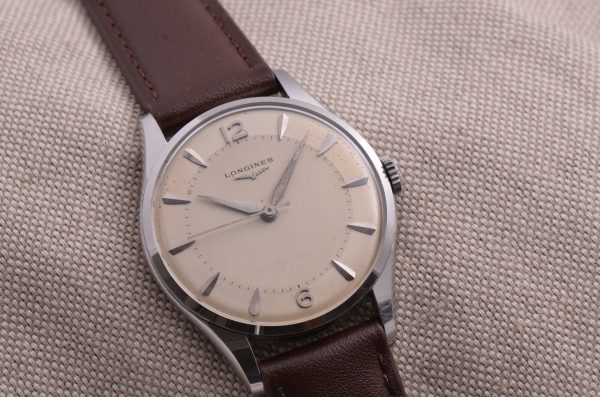 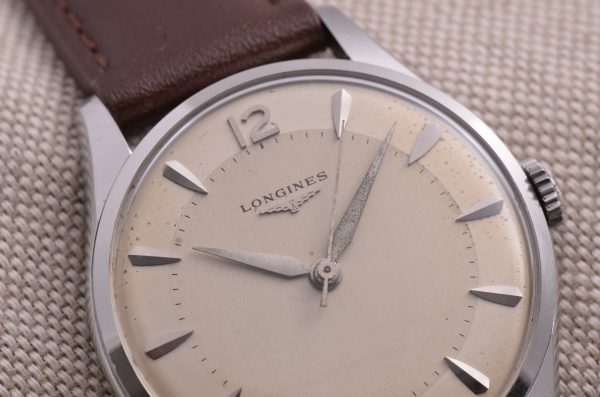 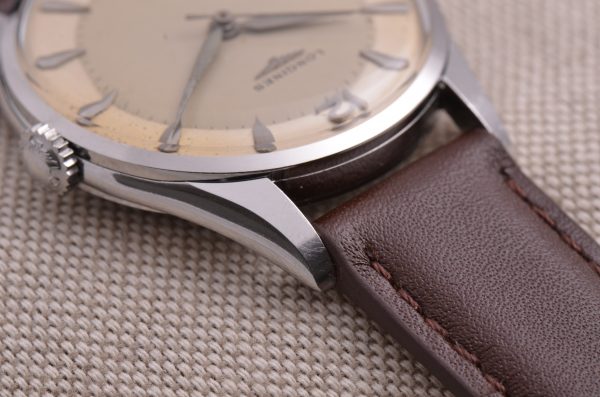 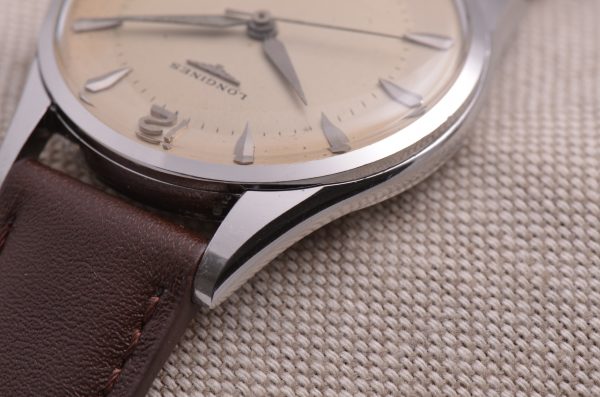 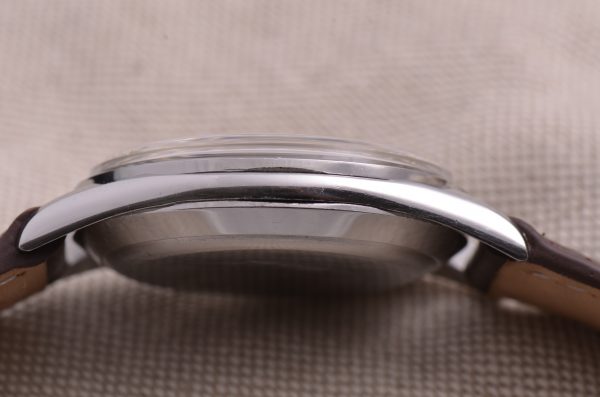 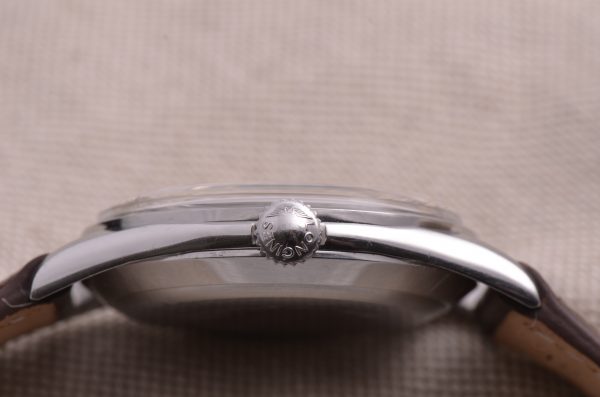 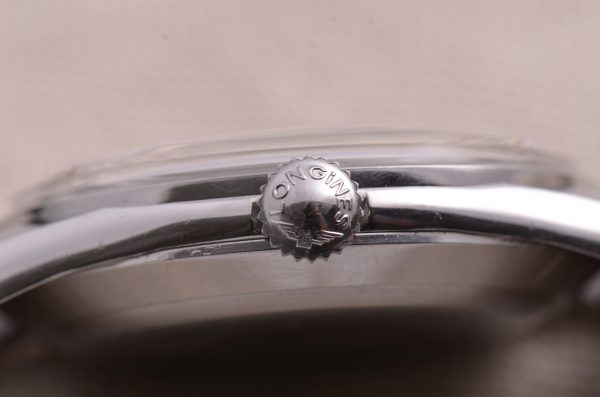 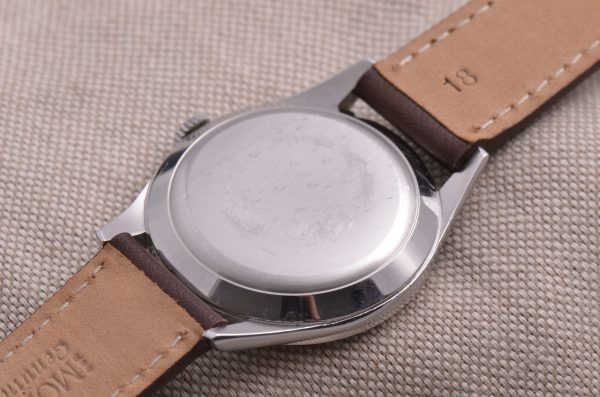 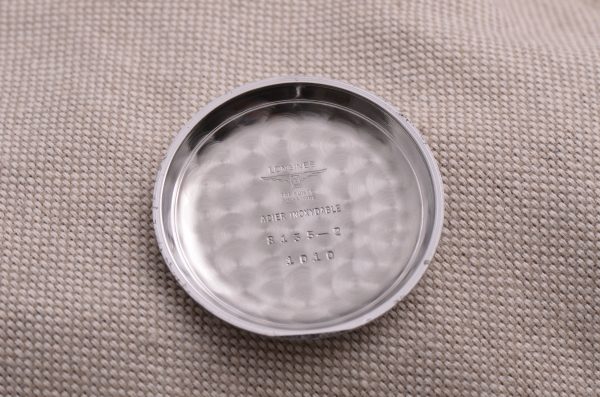 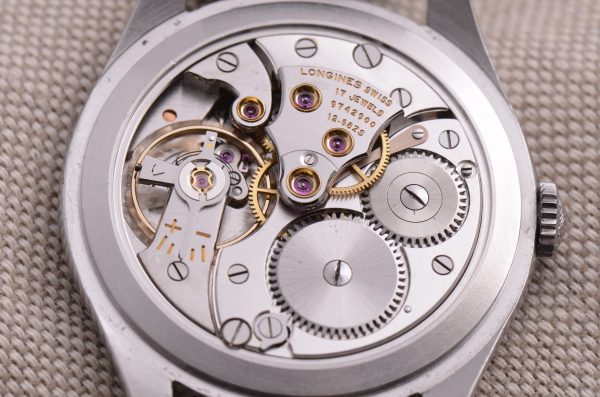 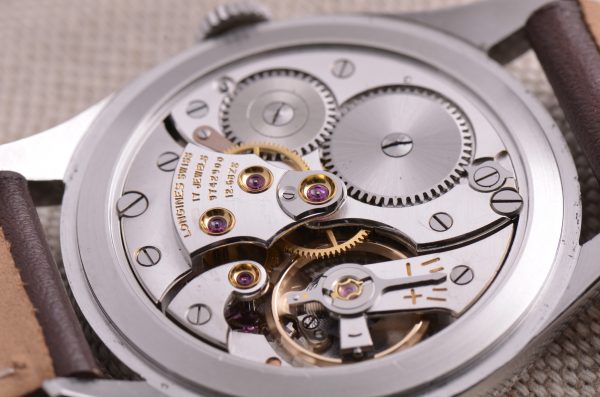 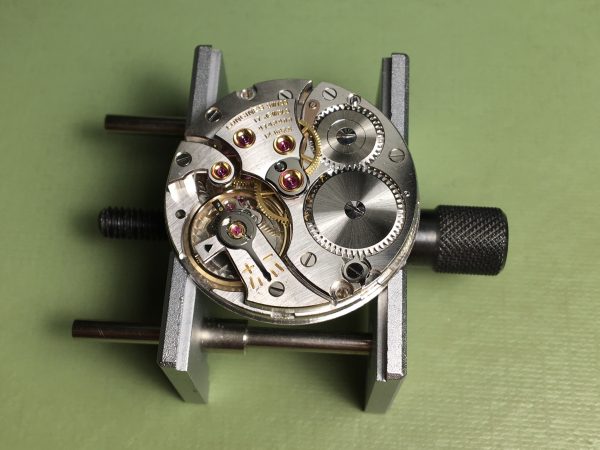 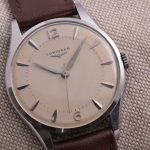 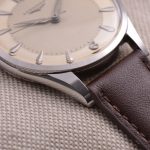 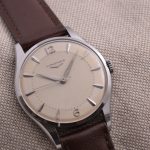 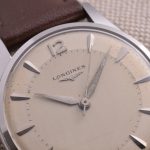 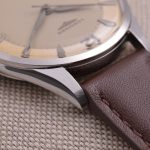 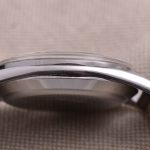 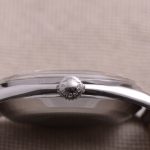 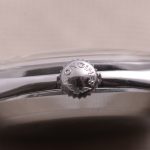 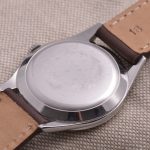 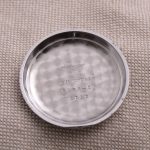 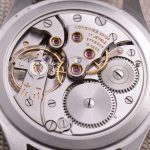 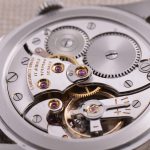 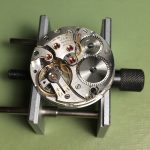 This Longines is quite a large watch for it’s time, measuring 35,5mm without crown. The lugs have a very distinct shape, giving the watch a very sleek appearance. The lugs retained   their beautiful shape since the watch was never polished. The dial is “two tone” with applied markers. The movement is the in-house Longines cal. 12.68ZS, a marvelous manually wound movement with central seconds from the heydays of Longines.

The dial is fully original and shows some sings of age at the edges. The hand show some signs of age, the hour and minute hand are original, the second hand is likely to be a (old) replacement. The case is razor sharp and certainly unpolished. The caseback has some scratches. The crown is original and in good condition. The in-house Longines manually wound movement has been fully serviced and is keeping accurate time, well within 1 minute in 24 hours.

Longines was founded in 1932 by Auguste Aggasiz. Local craftsmen made watch parts and he collected those parts to finish and assemble these parts to complete watches. He then sold those watches internationally. When Aggasiz became ill, he found a successor in his nephew Ernest Francillon. Francilion was educated as economist and had a revolutionary view on the manufacturing of watches. He envisioned a factory where all watch parts would be made by machines, with tolerances so accurate that the parts would be fully interchangeable. In 1876 Francillon sent Jacques David to the United States to research the watch industry, which was already industrialised. With this knowledge, Francillon built a new factory in St. Imier, on a piece of land that was called “Les Longines”. This factory was to become an internationally recognised watch brand, making high quality watches. To the current day, Longines watches are made on the same location where the new factory was once build by Francillon.