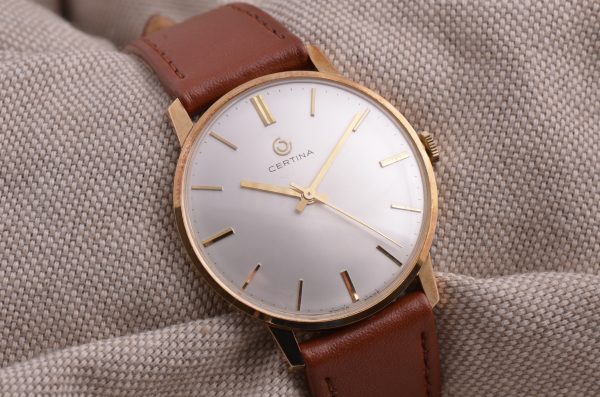 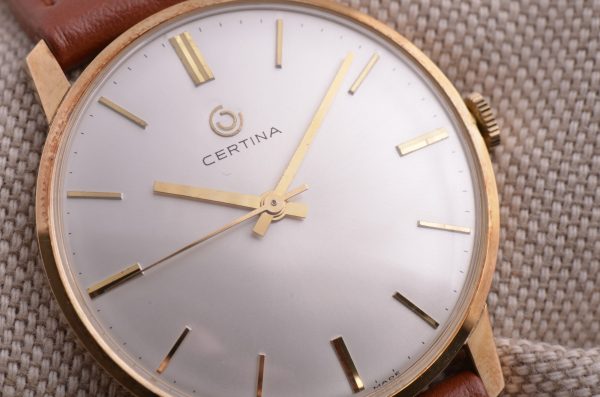 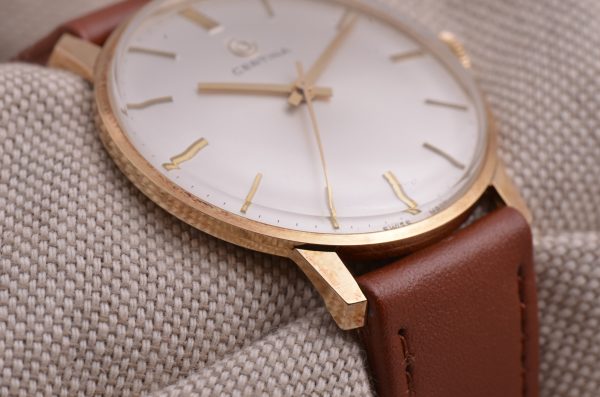 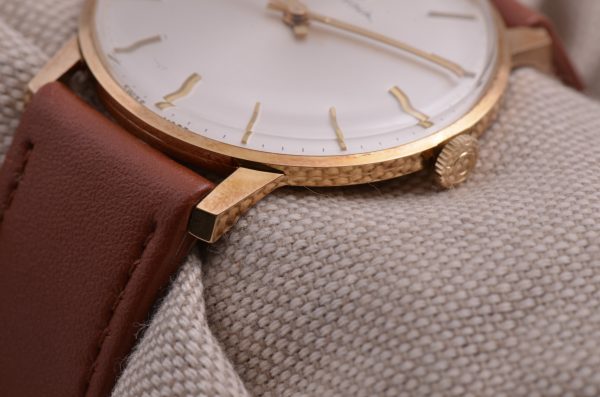 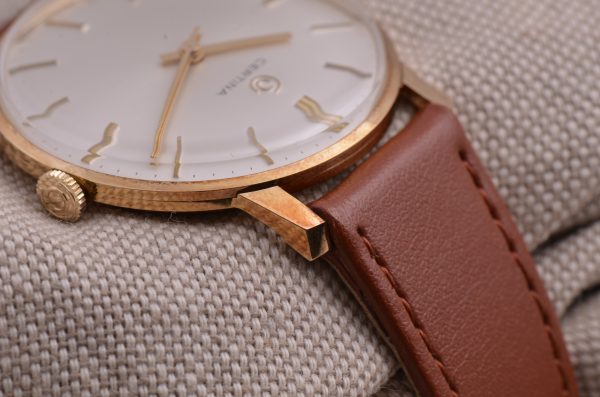 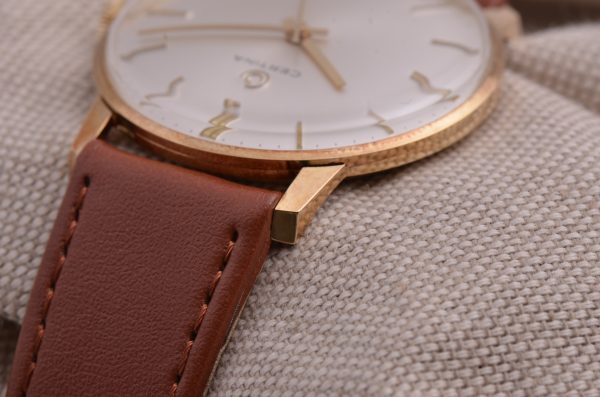 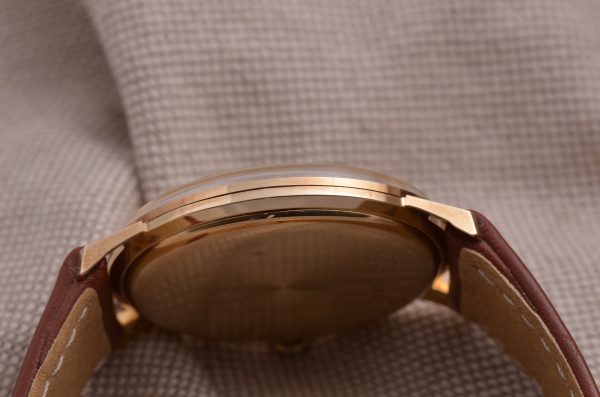 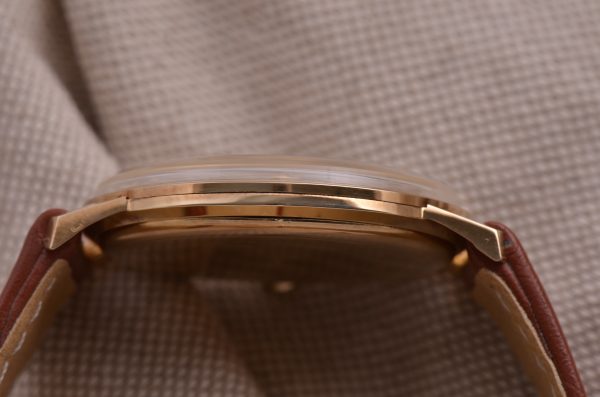 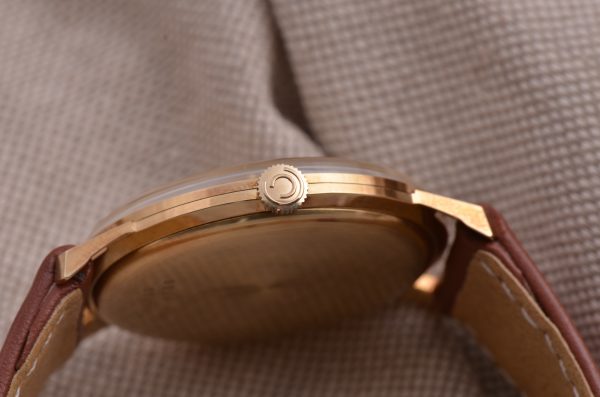 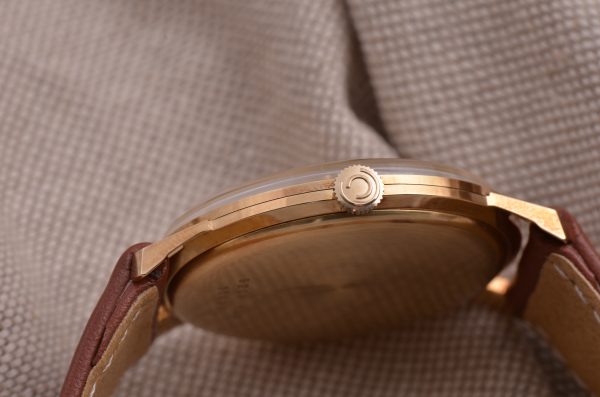 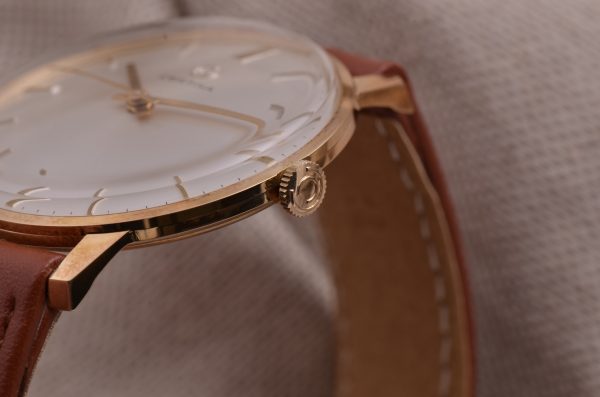 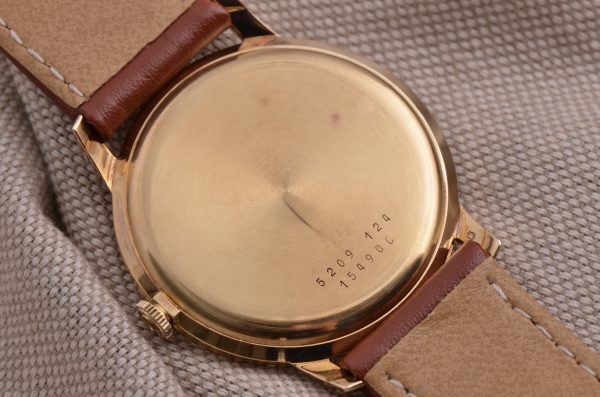 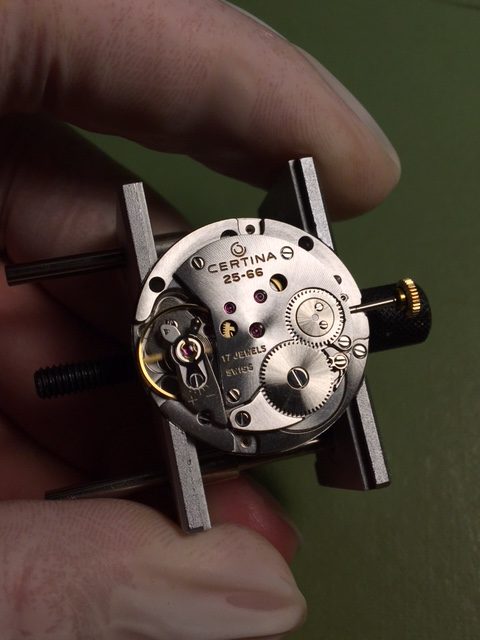 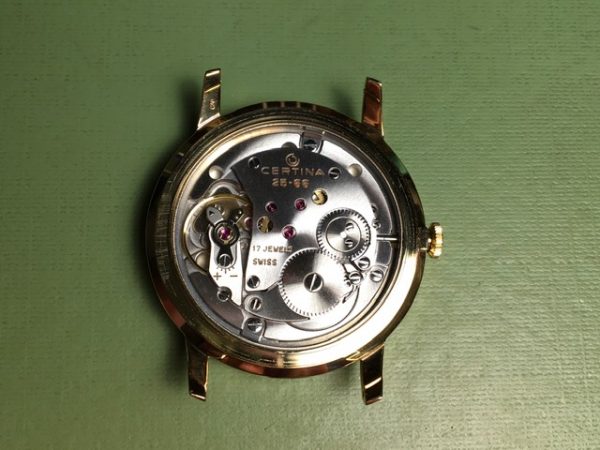 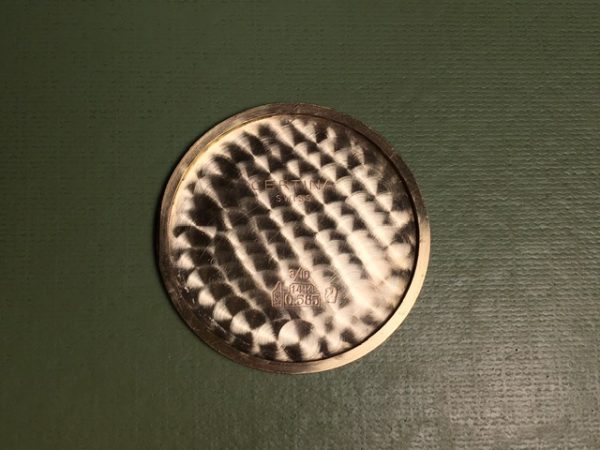 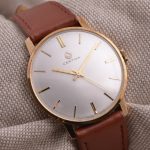 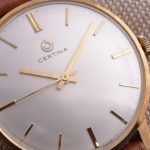 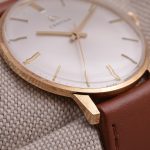 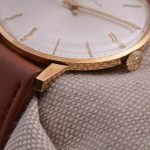 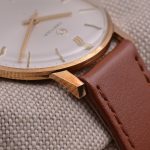 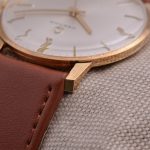 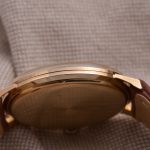 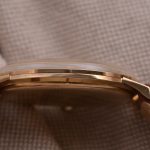 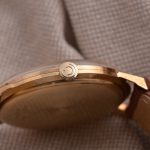 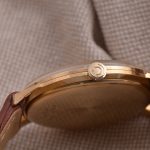 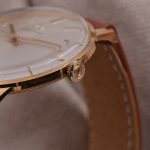 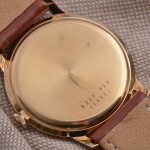 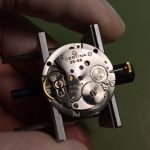 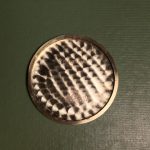 Minty mint is the only way to describe the condition of this Certina dresswatch. The 14K solid yellow gold case is razor-sharp and shows very little signs of wear. The purple discoloration on the case shows that the watch hasn’t been worn in a long time. (This “gold oxidation” is common on watches worn very little, but if desired it can easily be removed with a polishing cloth). Inside the case beats the in-house Certina 25-66, a manually wound movement which is accurate and reliable. These vintage Certina movements are highly under-appreciated in terms of quality, reliability and finishing.

The original Certina box comes with the watch!

In 1888 Adolf & Alfred Kurth founded a small factory for watch parts in Grenchen, Switzerland. The two brother and their three employees worked in the family home. In 1906 the first complete watches were made. These watches were sold under the name Grana, derived from Granacus, which was latin for Grenchen. During the 1920’s the two sons of Alfred joined the family business and guided the company through the Great Depression. In 1930’s the brand name “Certina” was usedfor the first time  and in 1939 the name “Certina” was registered. The name was inspired on the Latin word “Certus” which means  “sure”.