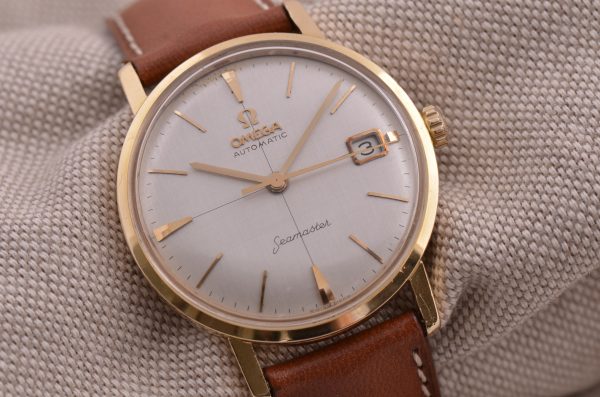 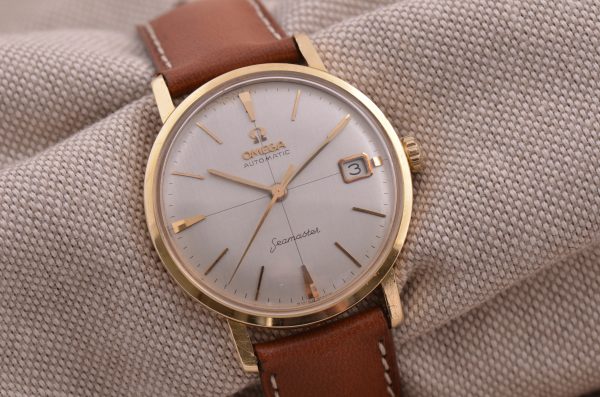 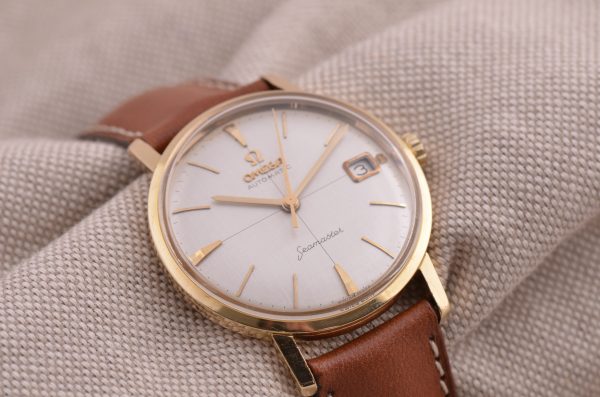 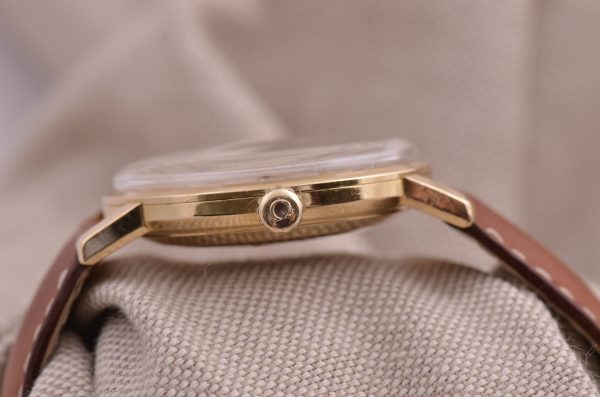 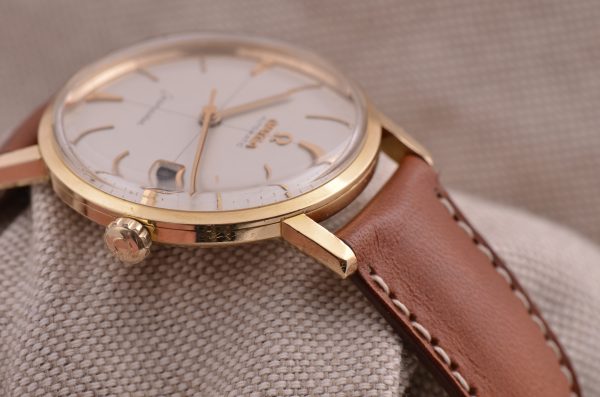 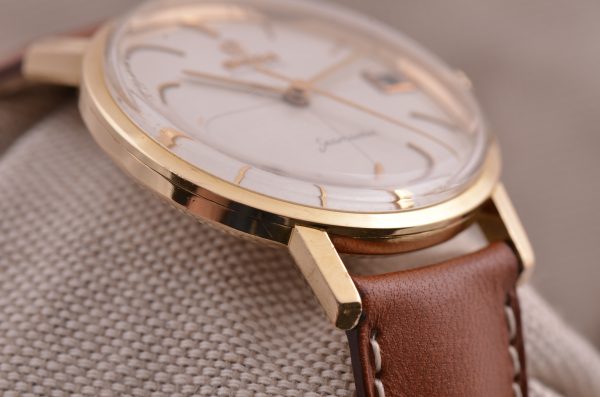 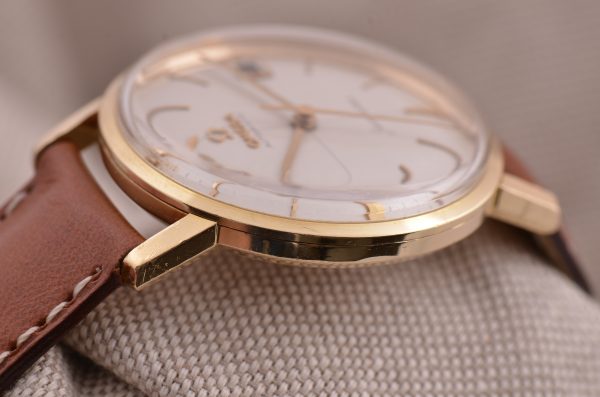 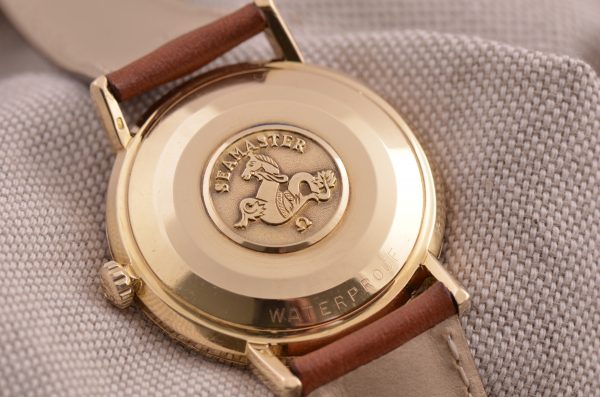 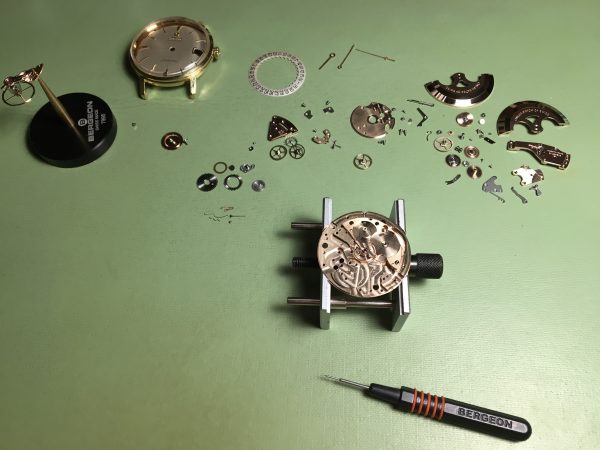 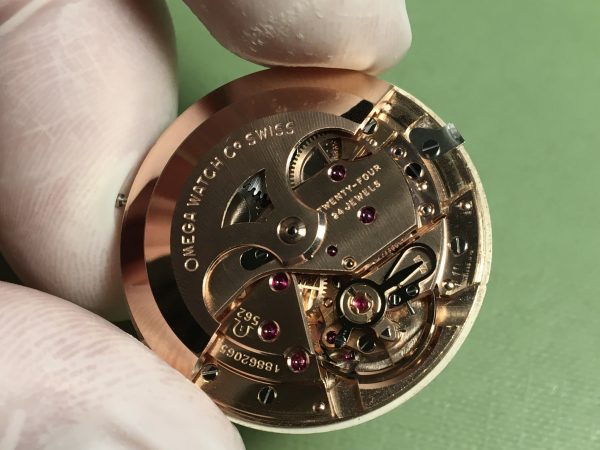 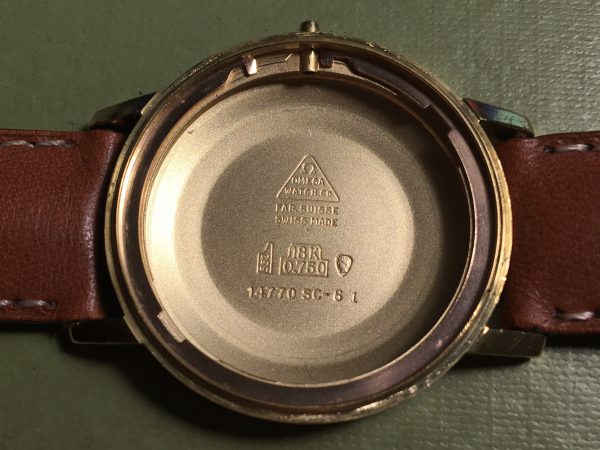 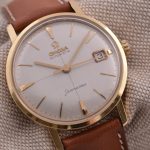 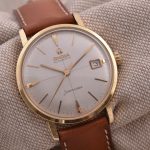 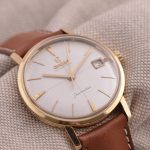 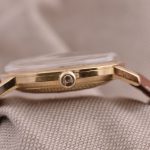 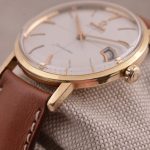 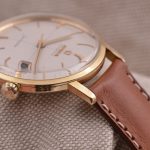 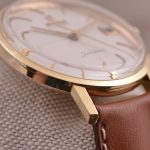 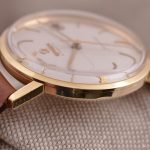 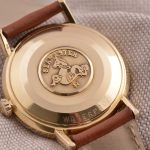 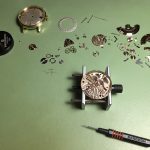 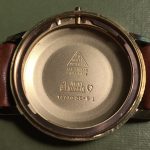 The Seamaster De Ville model was made by Omega between 1960-1967 and comes close to the perfect dresswatch. This watch has a nice and sharp 18K yellow gold case and a crisp linnen dial with applied gold markers and logo. Inside the case beats the in-house Omega calibre 562 automatic moment with date function. The Seamaster De Ville was a model developed by Omega as a combination of the dressier “De Ville” collection and the water resistant “Seamaster” collection. The case in monobloque, which means there is no caseback, where water could enter the watch. Instead, the movement goes in from the from of the case and the case is closed with a acrylic crystal to create a water resistant seal.